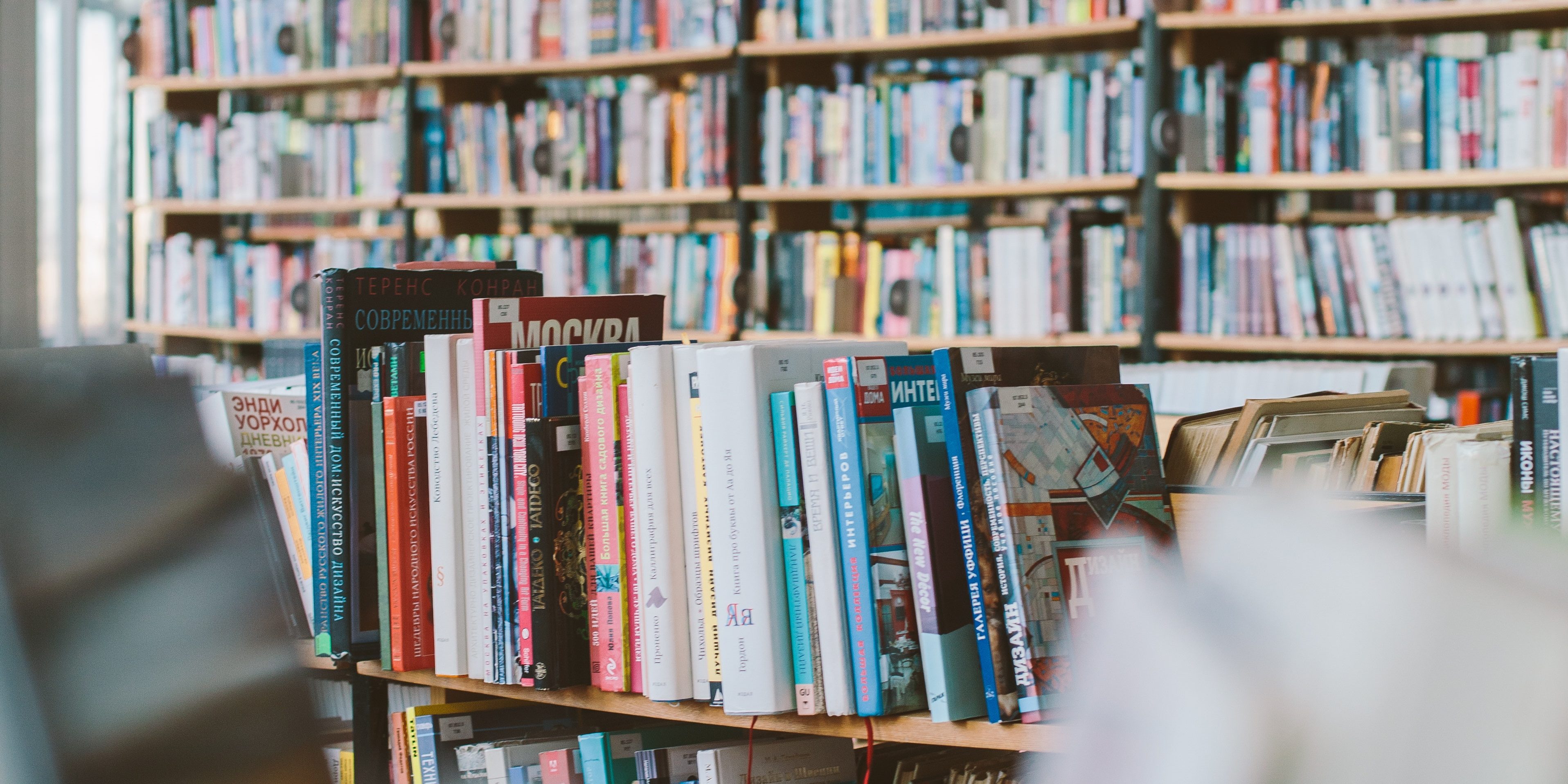 This is my first time sharing a favorite book list! And just in time for Christmas! Perhaps you’ll get a gift idea. More so, I hope you’ll find it helpful.

Note: Not all books were published in 2020; nor are they all Christian.

I’ve lost count of how many times I’ve said this year, “People have absolutely lost their minds.” Murray taps into that, yet without being mean-spirited, sarcastic, or belittling. Douglas Murray, a gay man, tackles the controversial movements of our day: homosexuality, feminism, race, transgender, gender fluidity, intersectionality, identity politics, cancel culture and all the “wokeness” that surrounds them. He exposes and cites how logic, data, truth, and science are simply hurdles to be overcome by the majority in these movements. Moreover, he exposes the “derangement” of many in their pursuit of “social justice,” particularly seen via tech, online culture and “protests.” In fact, Murray describes more than just madness, but bullying and tyranny in the name of social justice toward anyone who expresses a different opinion on the issues. Yet, in the end, Murray calls us to a better humanity—one of compassion, forgiveness, and generosity. A potent and relevant read for our times.

I’ve sipped, sometimes chugged, on this book throughout the year. In the late ’90s, I discovered cassette tapes (remember those?) of Pastor John Piper’s conference lectures of spiritual giants throughout history. God used the biographies of those men to mold and shape me as a pastor and preacher. This book is a collection of those biographies. The lectures were namely for pastors, but the book also includes application for all Christians. From Augustine to C.S. Lewis, Piper shows how these spiritual mountains were, as the subtitle suggests, faithful, flawed, and fruitful. One pastor stood out most: John Owen. Piper writes, “Owen experienced the death of eleven children and the death of his own wife! That’s one child born and lost on average every three years of Owen’s adult life.” I cannot fathom it. Yet, Owen trusted God with all his might. And God used him mightily. This book a great library for those wanting to be exposed to the lives of great pastors, preachers, writers. It’s also a great book for ministers and pastors who want to find encouragement and inspiration.

Considered one of the greatest disasters of the 20th century, this is the detailed recounting of the 1986 nuclear meltdown/explosion of Reactor Number Four in Chernobyl, Ukraine. I was 14 years old when it happened. I remember hearing the news about it all the way in Clanton, Alabama. Gripping, thoroughly investigated, and with countless hours of interviews collected over the last ten years, Higginbotham basically takes you step by step leading to the explosion, and then the aftermath that follows it. What most stuck out to me was the denial of those responsible for the stability and safety of the reactor. Tests and safety measures only began to take place when the reactor was volatile. The danger was only taken seriously around 25-seconds before it exploded. In addition, the hubris, lies, and secrecy of the Soviet Union to hide the scale and danger of the disaster not only from the world but from their own people. Much sickness and death could have been spared if the truth had been told. A great listen overall, especially for Enneagram 5’s (woot!). And a great life lesson about the cost of pride and denial in one’s life.

The Possibility of Prayer: Finding Stillness with God in a Restless World by John Starke.
Published: 2020 | Pages: 200

Though 2020 may have slowed our lives down, it did little to slow our hearts down. Our hearts have been busied with fear, worry, and sorrow. This book is a salve for the busy heart and anxious soul. It’s inspirational and practical. It’s a book that makes prayer accessible and possible for all Christians no matter where they are in their journey. Starke anchors us in Scripture, specifically the Psalms. He encourages us to approach our transcendent God relationally through Christ, praying our pain, and waiting upon God. In addition, he encourages us to “practice prayer” through communion, meditation, fasting and feasting, sabbath resting, and more. I’m always on the prowl for works on prayer—both for inspiration and practice. This book was timely.

Say Nothing: A True Story of Murder and Memory in Northern Ireland by Patrick Radden Keefe
Published: 2020 | Pages: 560

I spent about six months with this book. It’s a slow-burn. But I also didn’t want it to end! The book reads like a crime, mystery, “whodunnit” novel. But it’s a real story with real people, real pain, real regret, and real loss. The story begins with the abduction of a mother of ten children. The rest of the book then takes you on the wild journey to what happened to her. But there’s so much more. It’s a story about the civil war between Irish Catholics and Irish Protestants in Northern Ireland. More so, it’s about the violent Irish resistance (“The Troubles”) against protestant British control and oppression. You meet the IRA (Irish Republican Army) and a cast of militant and devoted “soldiers” and leaders willing to suffer, to kill (even their own), or be killed for their cause. The book has application for world events in our day as well. It’s a fascinating read on human nature—what people are willing to live for, suffer for, die for, kill for.

You read that right: 32.5 hours! Needless to say, it took a while to knock this out. I’m not a big fiction fan, but it’s the only type of book I can enjoy before bed. I was pleasantly surprised by how good the story was. It’s a bit too “sci-fi” for me but it was intriguing nonetheless. The story begins with a scientist’s encounter with alien dust, which turns out to be more of an alien life form. Kira (the scientist) breathes in the dust, and the alien life form begins morphing with her body. Kira then experiences transformation, loss, then a rebirth. She goes from a kind of nerdy “xenobiologist” to mankind’s (and alien-kind’s) only hope. What’s most interesting about the story are details about human engineering, and the building and makeup of worlds, galaxies, aliens, and more. It’s an interesting and entertaining bed-time read.

Alisha Childers was invited to participate in a small bible study group led by her pastor. Little did she know his goal was to intentionally deconstruct historical, Biblical Christian faith. Childers experienced a crisis of faith that compelled her to seek Truth on her own. The book is more than her story, but one of substance, deep research, and powerful apologetics. With humility, she addresses and takes down the main tenets of progressive Christianity, such as the questioning of authority and inspiration of Scripture, deity of Jesus, the atonement, and more. I love this quote: “We don’t get to completely redefine who God is and how he works in the world and call it Christian. We don’t get to make the rules and do what is right in our own eyes and yet claim to be followers of Jesus. Our only option is to do it his way or not at all. He is love. His name is truth. His gospel is bloody. His way is beautiful. For God so loved the world” (239-240). If you or any loved ones are struggling with doubts, this book is for you. If you want to be educated and equipped on the subject, this book is an excellent resource.

This book is about the Galvin family and their twelve children (ten boys, two daughters). Six of their children, all boys, were diagnosed with schizophrenia. The author weaves the story of the boys, the family, and mental health history together throughout the book. The family was studied in-depth to try and discover the key cause and cure for schizophrenia. A lot of bad science and psychiatry is exposed in the book. Sadly, the boys seemed to be guinea pigs to the medical establishment. Though the medical aspects of the book are written in a way the average person can understand, it was the time spent on the experiences of the family that were most captivating, and heartbreaking. The boys’ condition wreaked havoc upon their healthy siblings, and especially their mother. Their poor mother—so loving, so committed, yet helpless. Frankly, it’s a sad book. But somehow inspiring. Despite the unthinkable trauma, the family stuck together. A powerful read for anyone interested in the study of mental illness, and for those with family affected by it.

Gentle and Lowly: The Heart of Christ for Sinners and Sufferers by Dane C. Ortlund
Published: 2020 | Pages: 224

Anchored in Scripture, and often with explanations of the original language, Ortlund masterfully reveals the heart of Jesus for those who are “discouraged, frustrated, weary, disenchanted, cynical, empty, and running on fumes” (13). He spends most of the book unveiling what Jesus “feels” for us. At the same time, the book is theologically and doctrinally rich—which is rare with many Christian feeling-focused books. This is what made the book trustworthy and impactful to me. Ortlund also colors much of his writing with insights and quotes from 17th Century Puritans, as well as from Jonathan Edwards, Charles Spurgeon, and others. One of my favorite quotes: “[If you are in Christ], God has already executed everything needed to secure your eternal happiness, and he did that while you were an orphan. Nothing can now un-child you” (194). A stirring book for the exhausted heart.

I just recently discovered this little children’s book. It’s about two wooden puppets asking the ultimate questions, “Who are we?” and “How did we get here?” It’s a fun little book whether eight years old or forty-eight years old! I’ve had my kids read it. It’s thought-provoking and can spark an engaging discussion. C. S. Lewis once wrote: “A children’s story that can only be enjoyed by children is not a good children’s story in the slightest.” This is a great children’s story!

Reflections on the Existence of God: A Series of Essays by Richard E. Simmons III
Published: 2019 | Pages: 299