14 WAYS LADIES CAN ENCOURAGE THE WARRIOR-KING IN THEIR MEN 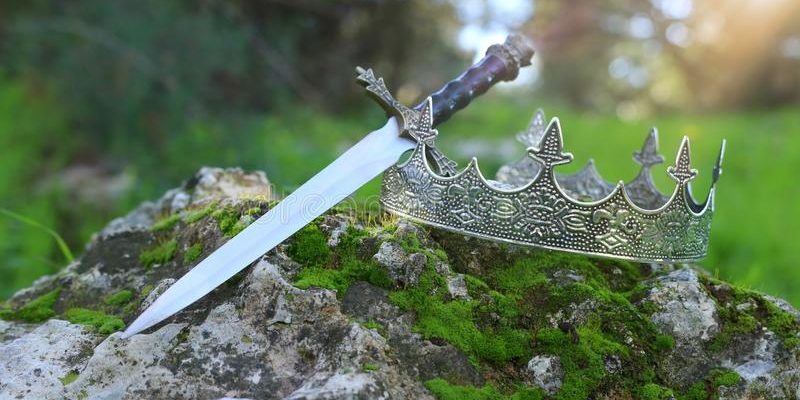 On Father’s Day, I preached a sermon for all men—young and old—called “Warrior-King.” My 18-year-old son, Josiah, told me it was his favorite message ever. Woot!

In addition, I posted a brief clip of the sermon on my Instagram page calling us men to keep our “scars in the front.”

My typical Instagram clip views average in the middle hundreds. As of this writing, those views are just shy of 7000.

This message has touched a deeply starved place in men.

Earlier this week I received an email from a lady (unmarried) asking if I’d speak about how women can encourage the warrior-king in their men–husbands and future husbands.

I’d like to oblige. I’m gonna shoot from the hip here and be as practical as possible.

Of course, men have a huge part to play in this deal too. For more, check out the sermon.

Now, dear reader, as you read the below please don’t hit me up with “women can be warriors too” or “this is stereotypical” or “this isn’t all men” or “that’s not my husband” or “my son isn’t like that” or cue “toxic masculinity” and so forth and so on. I get it. The culture makes sure of it. I’m writing from my personal experience as a man among men for fifty years. Take it or leave it.

1. Let him be rough around the edges. I don’t mean of the sinful sort. But salty speech, edgy humor (sometimes of the bathroom sort), and rambunctious play are just what we do. Also, we often explain discomforts in violent terms, such as “I’d rather take a punch to the throat…”, or “That moment felt like a kick to the….”. Deep breath, smile, carry on. Keep in mind your man is not an imperfect woman. But a man. A warrior-king in the making.

2. Don’t roll your eyes at him. Just don’t. Ever. You’ll reduce him from a king to a clown. If you want to drive your man’s affection, attention, and availability far away from you, this is a sure-fire way to do it.

3. Don’t put him in his place. Don’t ever correct your husband in front of your kids, or anyone else. Even if he said something inaccurate or inappropriate, let it be. Stand with your man. Later on, you can speak with him privately. But don’t speak down to him. Speak with him.

4. Recognize the strength in him. Some of the most powerful words my wife Christie ever spoke to me: “We’d be lost without you.” Goodness sakes alive. I could punch a grizzly in the throat. Your man loves to hear these kinds of things, ladies. He longs to know you feel (lovingly) led, protected, provided for, sacrificed for, and safe.

5. Give him space to flex his masculinity. Let him relive his glory days. Break down the sports play to you. Watch the fight. Play the sport. Shoot and show off his guns. Display his knives. Mount dead animals on the wall. Ride his motorcycle. Write his poetry. Make pottery. Explain passionately why Jordan is the GOAT. Make dinner. Flirt with you, and you with him. Read His Bible. Grill out. Listen to his music. Suffer through his project. Play his instrument. Read his book. Do his woodwork. Sip his beer. Smoke his cigar. Puff on his pipe. Laugh crazy loud with his friends. Watch the gangster movie. Coach the team. Lift weights. Go fishing, and hunting. And and and…. If you don’t, he will wither away.

6. Call out the masculine good in him. Address more of what your husband gets right, instead of where he needs to step up. You might say, “Babe (or honey, sweetie, love, whatever your flavor) I noticed when you did that, said that, it made me so happy. It was wonderful. Meet me upstairs in five minutes (Kiddingish!).” If appropriate, you might throw in a “I’m proud of you; I appreciate you; I’m grateful for you.” The more you speak of what he gets right, the more you’ll find him stepping up.

7. Let him parent like a dad. Ladies, your husband is not an imperfect mom. He brings a uniqueness of authority and a masculine edge to parenting. Let him do his thing. Don’t get in his way, or your kids will miss out on receiving only what he can give.

8. Be enjoyable in the bedroom. Selah.

9. Deeply, and I mean deeply, sympathize with his “man-flu.” Trust me on that.

10. Be patient when you bear your heart to him because he will try to problem-solve. Every time. It’s just what we do. Please don’t punch us in the throat.

11. Give space for him to have his fit and further destroy things that break. I have at least two weed-eaters and a lawnmower that met a violent demise when they broke down at the most inconvenient time. If they had a nether region, I would have kicked it. When it all went down Christie graciously reminded me I was a Christian, and then let me be. Go, and do likewise.

12. When he’s lost in thought, don’t think he’s ignoring you, or that he’s uninterested in you, or thinking bad of you or your marriage. He’s thinking about how to do wheelies with his riding mower, or if Rocky could beat Ivan Drago in real life. Or then again, he could be thinking of a dude who needs a swift kick and a throat punch.

13. Don’t force your spirituality on him. Men are at different levels of spiritual maturity, and spiritual expression. Not making excuses, just stating facts. Some men are more comfortable leading by example in their lives, and not by grand shows of spirituality. Also, it seems most wives have a better grasp of Scripture and worship than men, for whatever reasons. Most likely, your man feels inadequate as the spiritual leader of your family. He wants to lead better. Build him up don’t beat him up. Don’t feed his insecurity. See #4.

14. Pray for him. Pray that God would forge him into a warrior-king.

Well that was fun.

There are a hundred more, but those were the first that came to mind when I sat down to write.

Y’all feel free to add more in the comments.