My brothers and sisters, show us the way 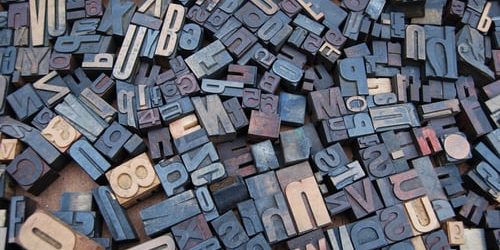 While in junior college, I was injured in a ball game. My best friend at the time, Terry, an African-American, was driving my car one evening while I rode as a passenger. We got pulled over for no reason. None. I witnessed first-hand the racial profiling and mistreatment of my friend.

The killing of Atatiana Jefferson, an African-American woman, shot through the window of her home by a white police officer, is the most recent shock and outrage in our broken nation. Whether this a case of racism, racial profiling, or anything else, it provides opportunity to speak out on the matter. It could have been just a catastrophic mistake unrelated to racial bias, but the data is not in favor.

I have many friends who are police officers. The officer in Texas does not represent these men and women. My police friends love their God, people of every color, and risk their lives every day to protect us. I’m grateful. I support them with my whole heart.

At the same time, I have African-American friends who have been grossly mistreated by authorities too. I serve alongside families in my church who have experienced such. I cannot fathom the fear they live in every day. Even more so, the sheer terror they have for their children.

Know that I (and your church, should you call GCC home) stand with you and love you. And I’m trying to figure what more can be done so that you feel that love and support.

To be frank, this is such an unsatisfying post. But I feel the need, even desperation, to say something. So I’ll land with this:

I still believe in my bones that Jesus is our only hope. Hearts must be changed. Behavioral change is a lost cause. Racism is demonic and from the pit of hell. Only Jesus can cast the demonic from hearts.

Yet with the hope of Jesus must come the demand for justice.

When we lift our voices to pray and sing, let’s lift those voices against racism too.

When we put our hands together to pray, let one hold on to faith while the other reaches for righteousness in our land.

When we lift our hands in worship, let one grab hold of hope while the other grasps hard for justice in our nation.

Then with those very hands let us hold the hands with brothers and sisters of color to stand and walk with them in the face of their fears and injustice.

My brothers and sisters, show us the way.