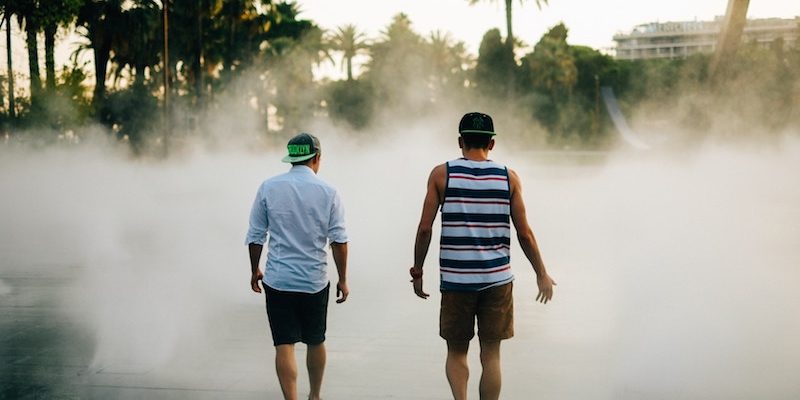 A couple of days ago I posted 3 Reasons To Skip Passive-Aggression. I hope you found it helpful.

But what about those who are passive-aggressive toward you? Here are a few options:

1. Give the benefit of the doubt.

So you read or hear a passing comment that seems barbed toward you. Yet it’s vague enough that you’re not sure if was directed toward you or not.

If this is a first with this person, give them the benefit of the doubt. It’s always best to lead with trust, not suspicion… especially with people you care about.

But perhaps you know they were being passive-aggressive toward you.

If it’s not a pattern in their life toward you (and others), shake it off and move on.

Which leads to the next response:

The friend confessed that their passive-aggression was indeed aimed at me. But with no apologies.

I was stunned. But I moved on. Yet the passive-aggression toward me continued on a much broader scale through social media.

If you confront someone, there are different responses you’ll have to prepare for:

Most times it will be denial. If so, move on with trust not suspicion. Same if they own it and apologize.

On the other hand, say it continues even after the apology. Or they deny it, yet it rears up its ugly head toward you again and again.

Now you have to consider tougher measures.

If it’s a personal friend, these measures will prove difficult and painful:

I have few close relationships. They are sacred to me. And years ago, the passive-aggression I mentioned above came from such a relationship.

Still, I decided I would stay committed to the friendship and overlook the passive-aggression. I would ignore it, but not them.

It didn’t last. More on that in a moment.

On a different note, what about passive-aggressive folks outside your sacred circle of family and close relationships?

Give your attention and energy to your loved ones, not the passive-aggressive ones.

And definitely don’t take it personally.

But again, what if it’s a friend who continues the passive-aggression?

A hedge is a fence or boundary formed closely around something to prevent another something from coming in.

You need to form that hedge closely around your heart and life, and hedge that person out.

Block them on social media.

Block them out of the relationship.

Block them out of your life.

It’s sad it comes to that. It sounds cruel. And you should grieve. But it’s all you can do at this point.

You’ve given them the benefit of the doubt.

You’ve ignored and overlooked their comments to hold on to the relationship.

But now it’s unhealthy. And making you unhealthy. It takes an emotional toll. You have to move on.

This person is toxic. You don’t need toxicity in your life.

If this person is simply a part of your life by default, then always be cordial. Always be a peace-maker. Always lead with care and love.

But hedge them out of your heart.

Unless they make things right with you.

Final Thoughts
This isn’t exactly the most uplifting post, I know.

But it’s real life. And it’s a real issue. And you need to take real steps for the sake of your mental and emotional health.

Hopefully these steps will serve you well.

What steps do you need to take with someone today? Do you agree with this post? What else would you add?